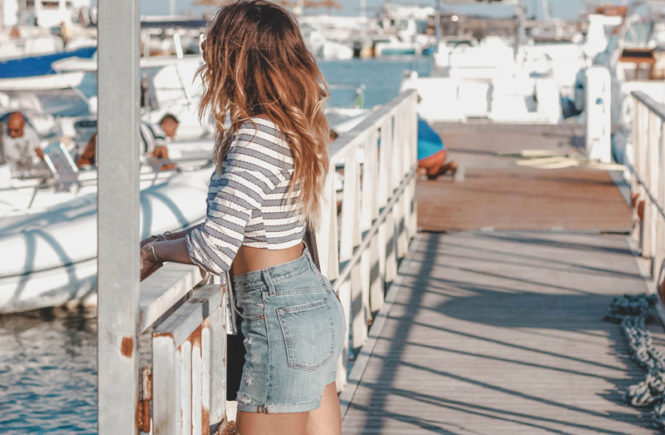 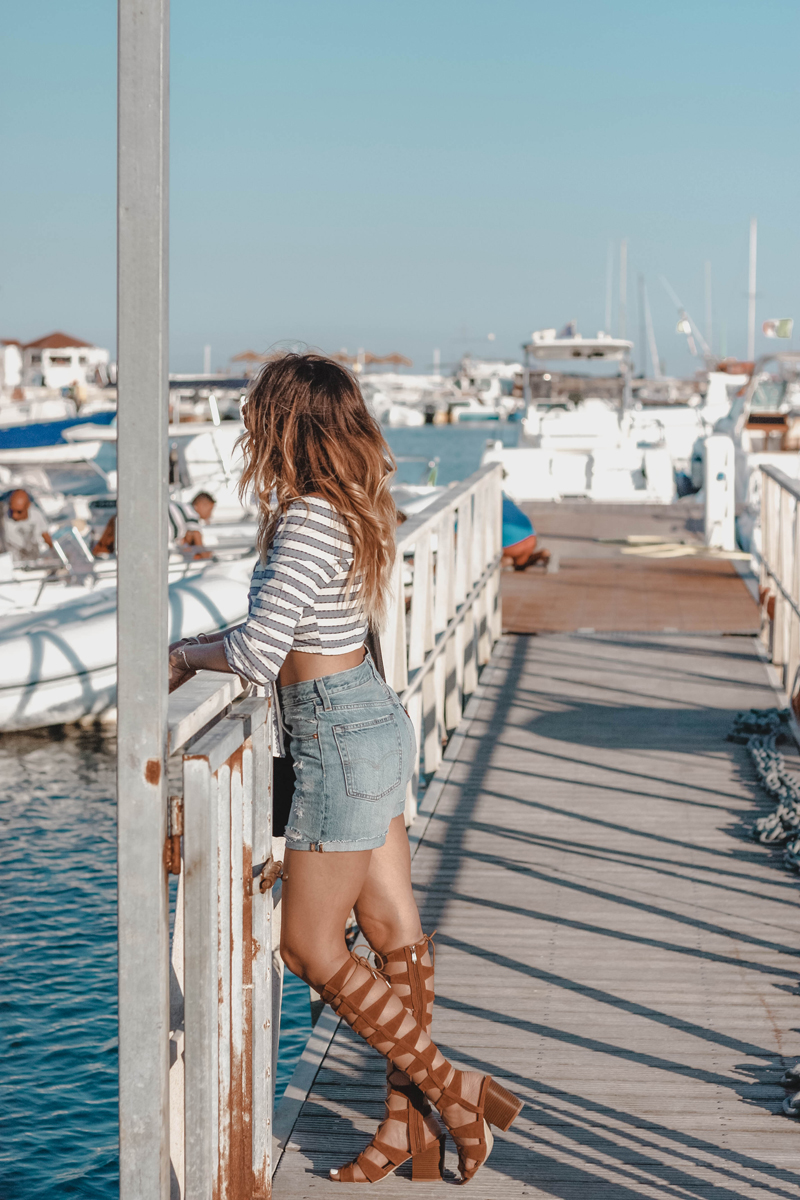 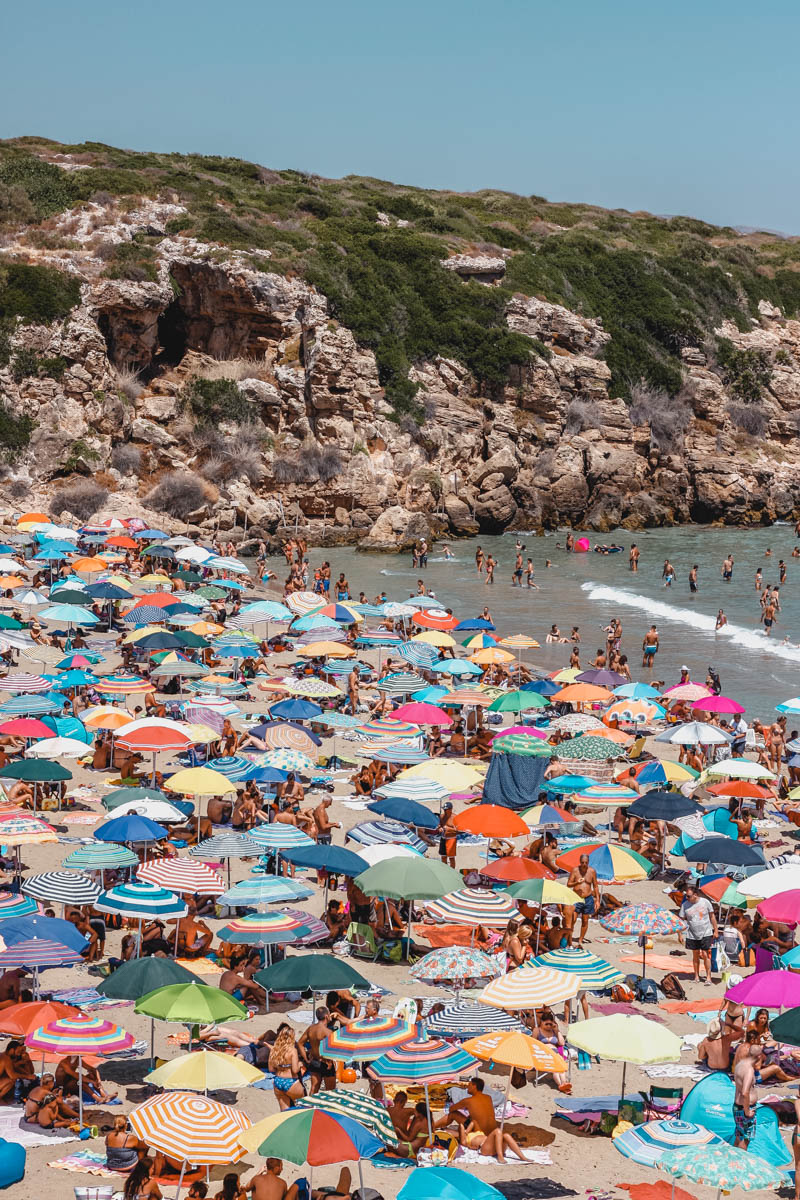 I just got back from my trip to Sicily, and although we have visited many places during our trips there (I’ve been 3 times now!), one that stood out from the rest was the quaint little fishing town of Marzamemi, Sicily.

You will probably not see this town in any tourist guides and I like to think it’s a little hidden gem on the Easternmost coast of Sicily.

Marzamemi is about a 10 minute drive from Calamosche Beach, another little secret spot which is known for it’s sandy beach and turquoise blue waters. And by “secret spot” I mean that most Sicilians DO know about it (as you can clearly see from the pictures, the beach was anything but secluded!), but anyone traveling from outside the area might not be aware it even exists. We are lucky enough to know some locals who tipped us off to this little gem. 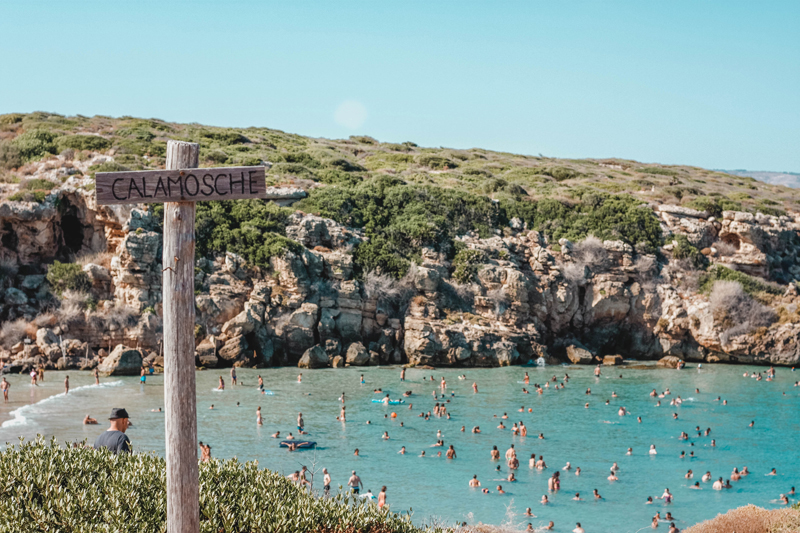 However, in order to witness those crystal clear waters, be prepared to hike about 30 minutes on a dirt path through an arid nature preserve.

We continued past the crowded beach to a bit more secluded area. Near the coast there were volcanic rock formations, and in the pockets of stone the salty water had evaporated to form tiny deposits of sea salt. 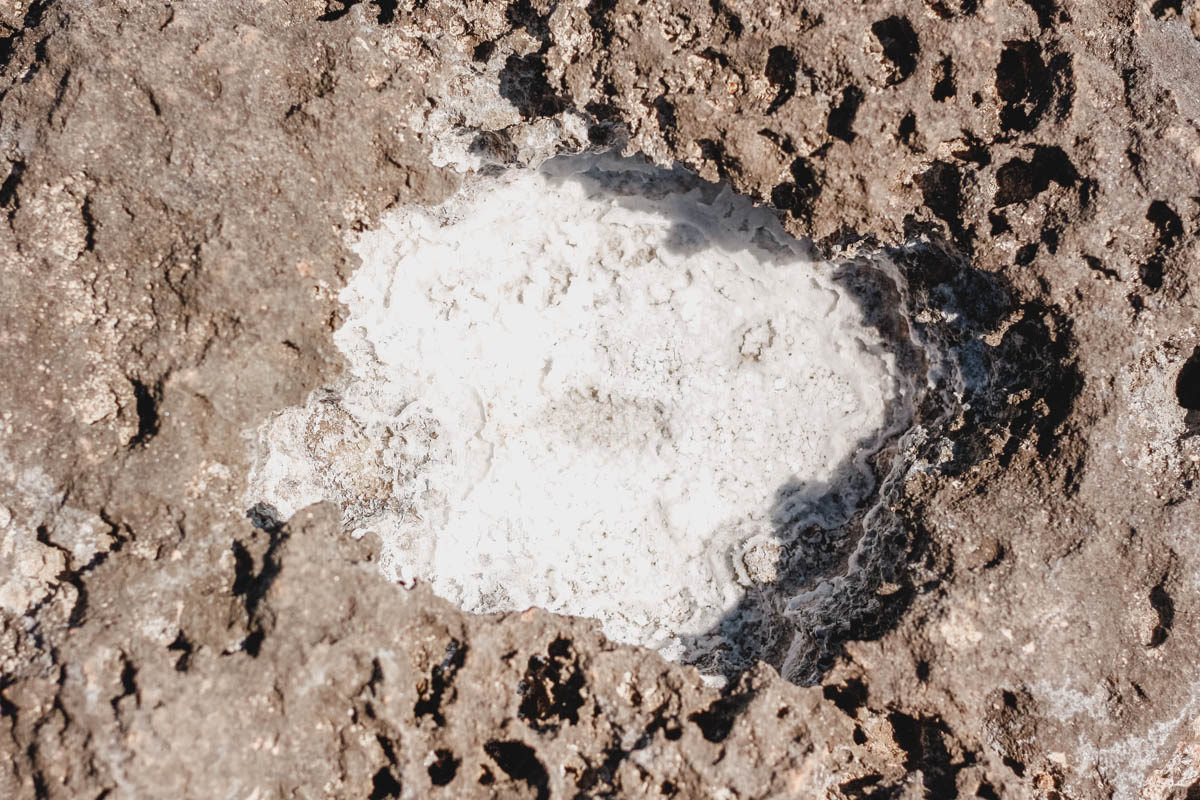 Marzamemi, Sicily Weather: What to Expect if You Visit in Summer

On the day we visited it was a balmy 104° and HOT. The sun was beating down so strong and as we were walking down the path we noticed men walking back up the path carrying their beach umbrellas fully open to use as a shield from the sun. I mean, that’s when you know it’s hot.

Surprisingly, the heat did not faze me much. I am the type of person who thrives in the heat. Give me all the sun, warmth and even humidity. I don’t care as long as it’s not freezing rain and winter temps!

Anyway, back to Marzamemi.

After we spent a few hours at Calamosche Beach we were starving, so we decided to get a bite to eat in the little town called Marzamemi. Mike had been here a few years back and remembered it as being unique so he wanted to take me there so I could see it. 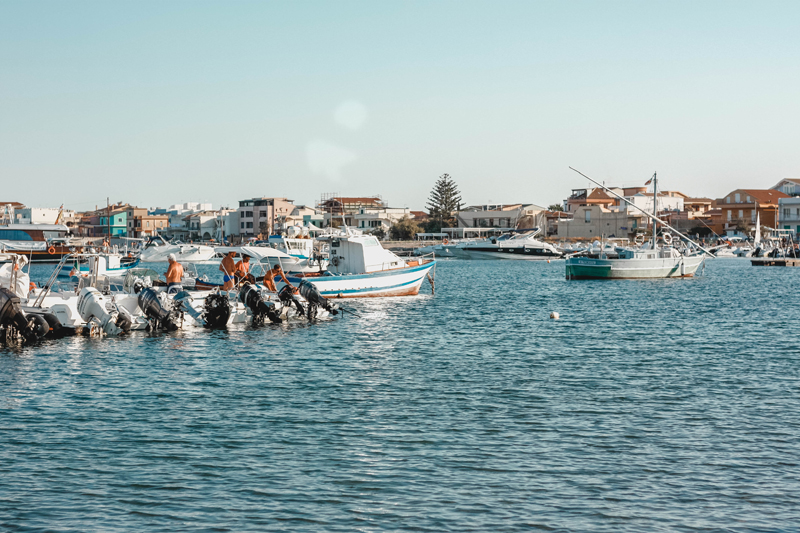 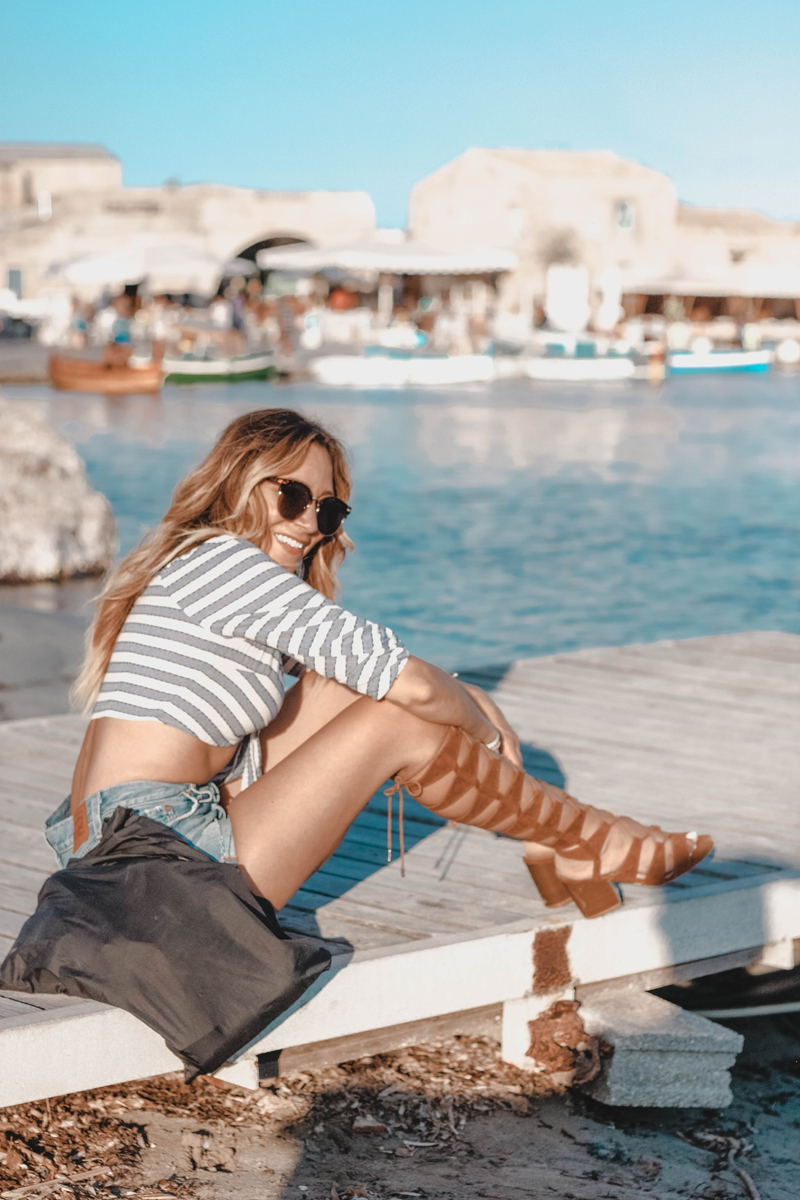 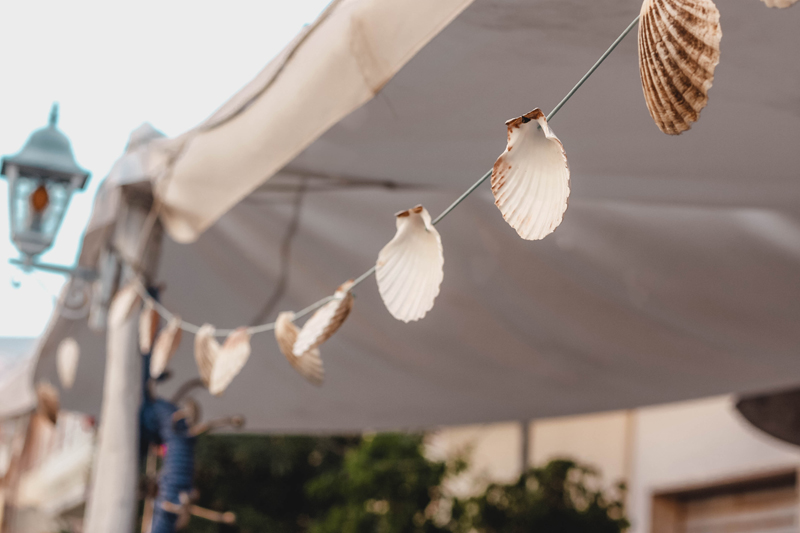 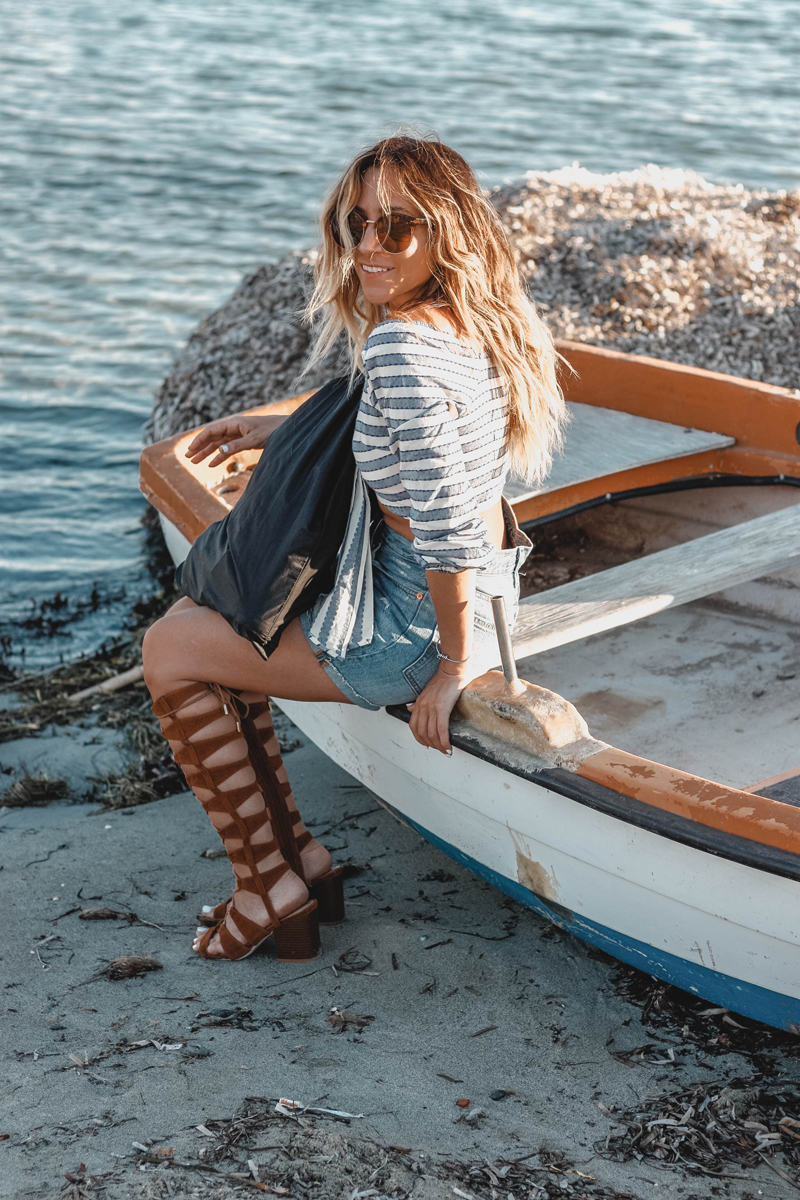 It definitely has a different vibe than the rest of the “touristy” towns around the island. It actually reminded me a lot of Little Venice in Mykonos. Very quaint, and very old, with tons of restaurants and shops lining one or two cobblestone streets. And they keep the tchotchke vendors confined to one area so it doesn’t feel too cheap or over-commercialized. 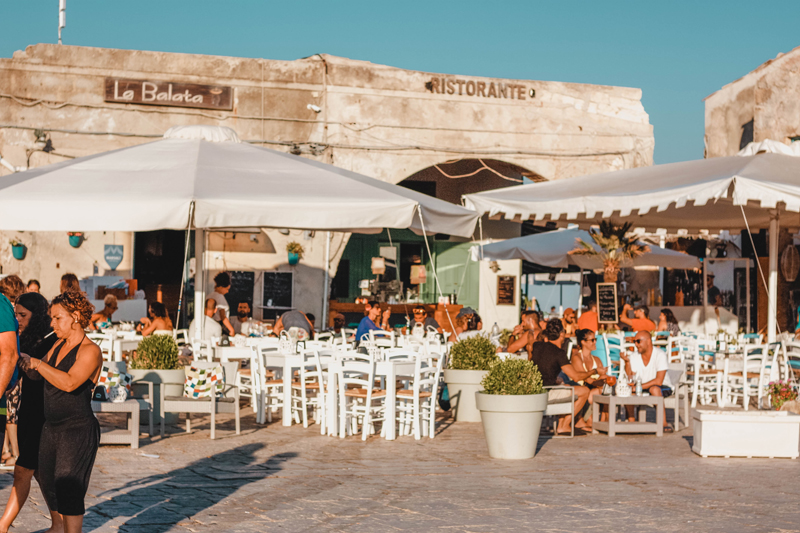 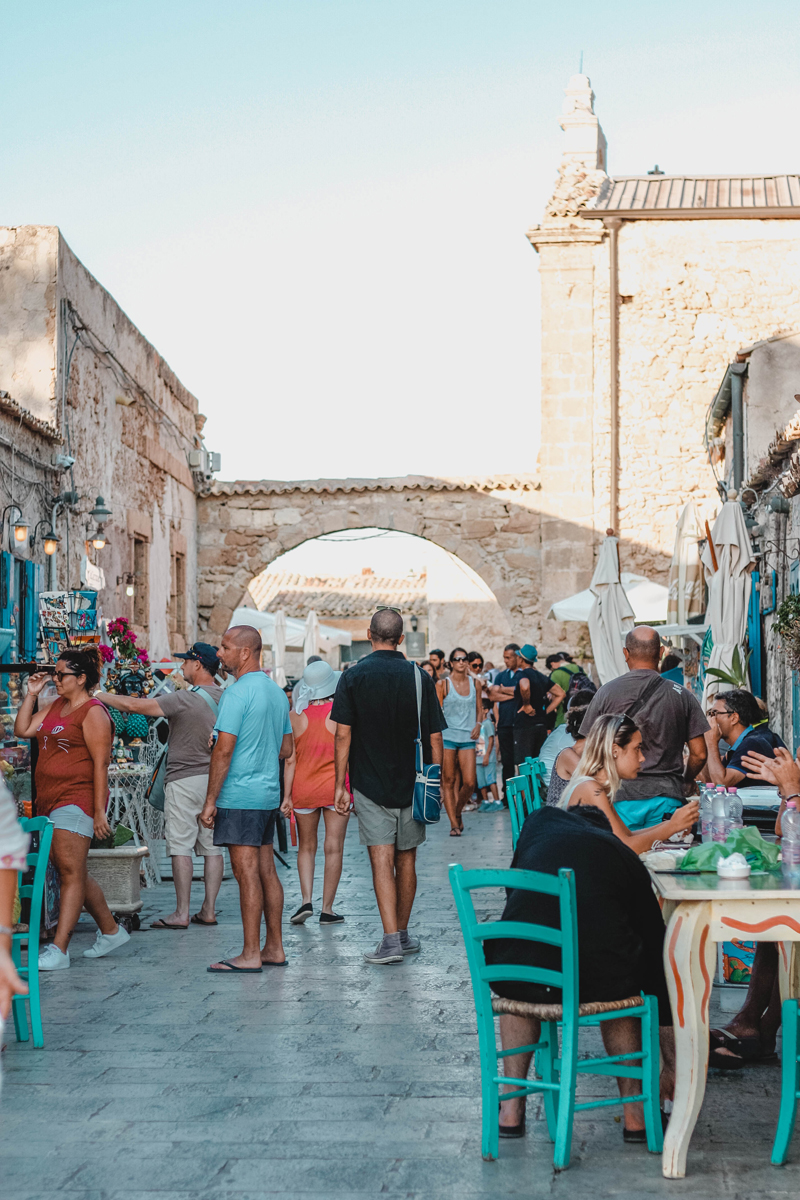 Most of the restaurants have these old wooden chairs painted in vibrant turquoise blue, which I guess might explain the similarity I felt to Greece. And looking out over the harbor there are tons of colorful fishing boats, which also reminded me of the Greek Isles. 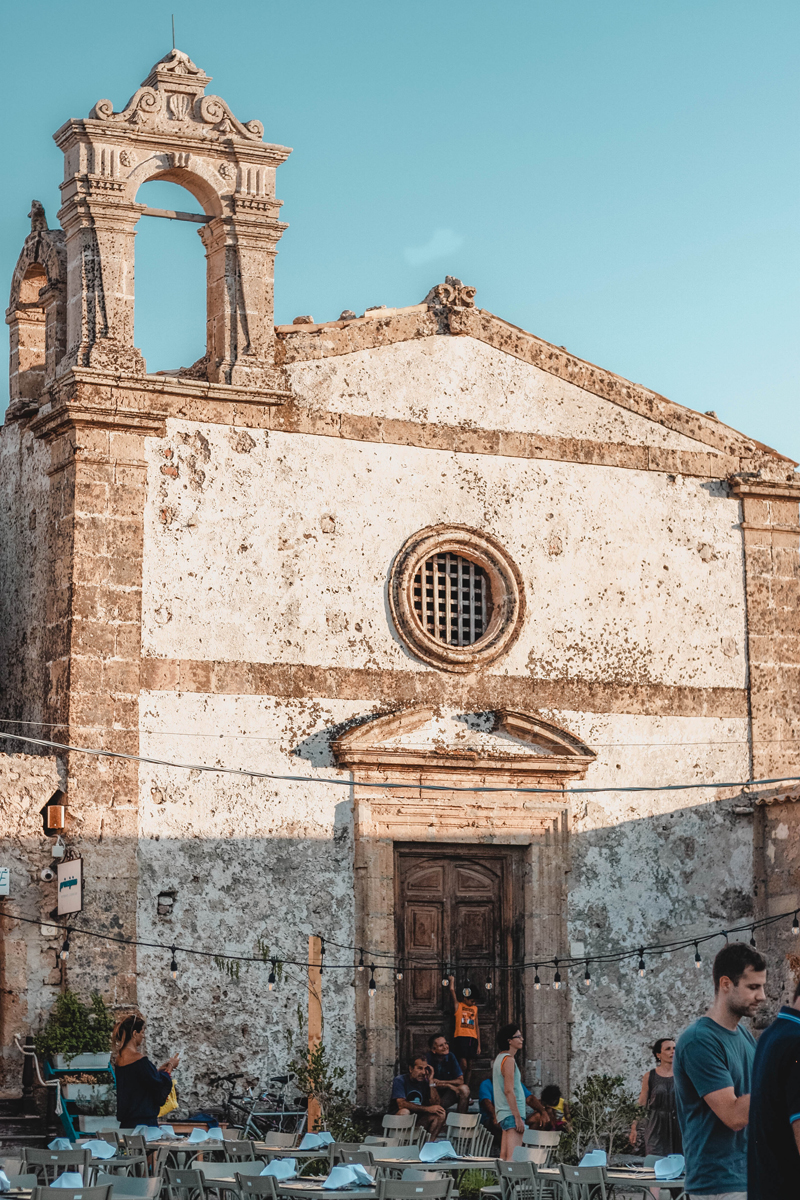 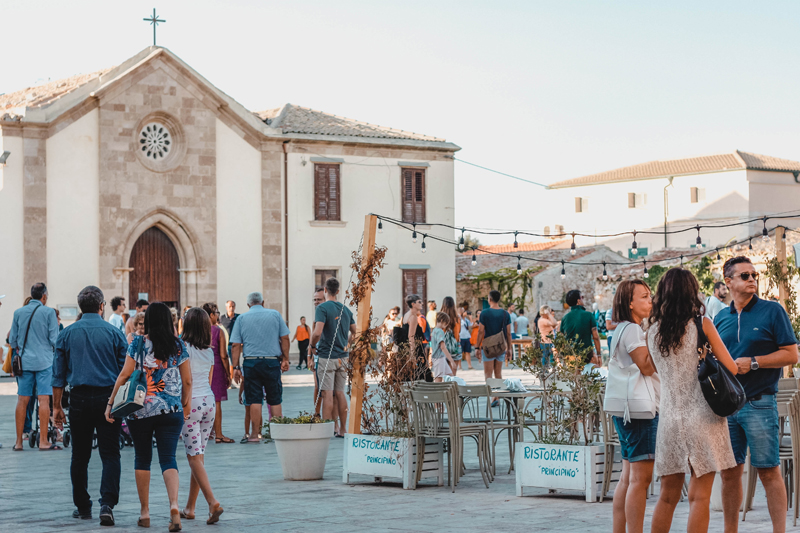 Another thing about Sicily, since it’s a dry and arid desert region, is the prevalence of cactus and succulents. I love how the locals decorate everything with cacti, even transplanting the taller ones into large terra cotta pots outside. 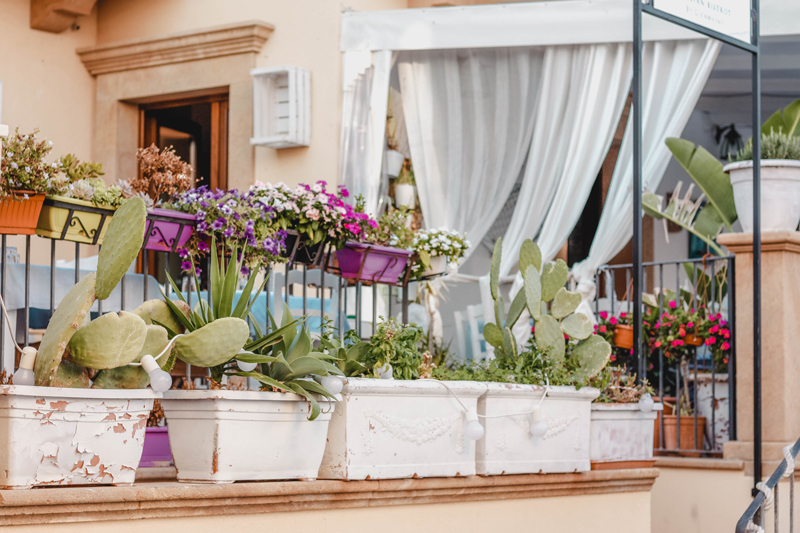 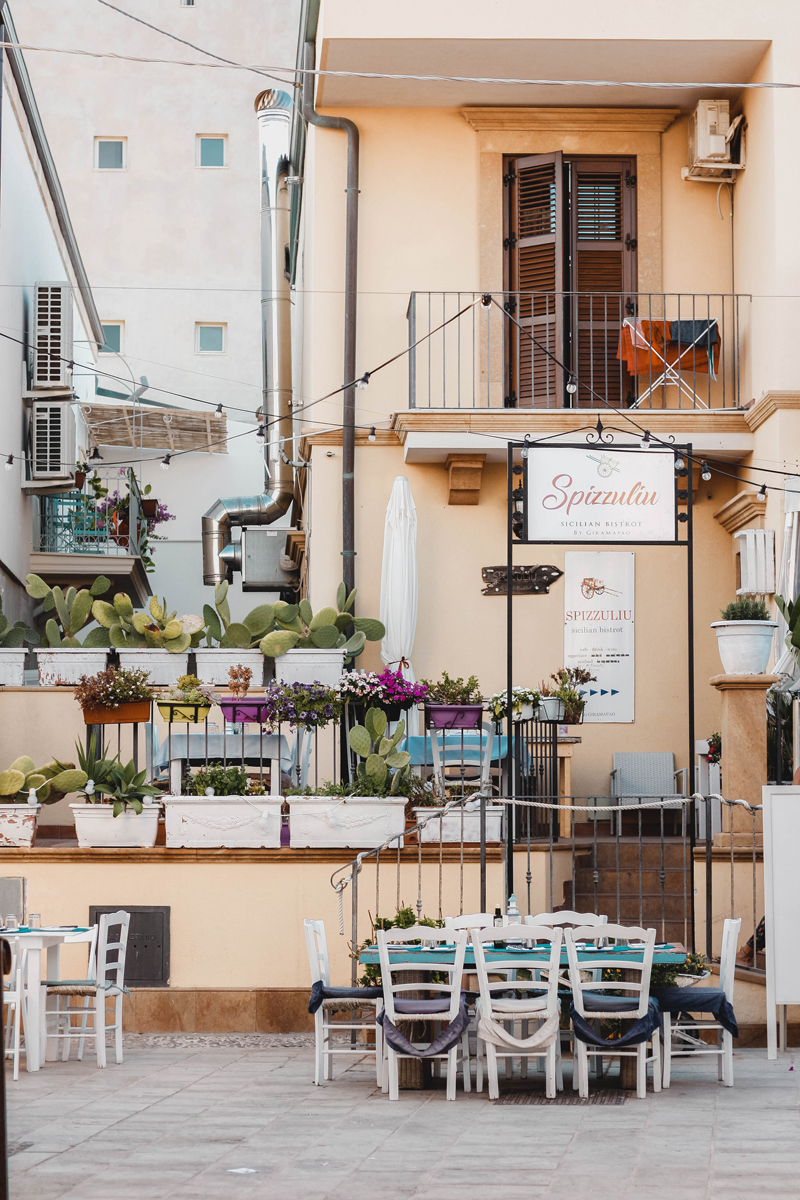 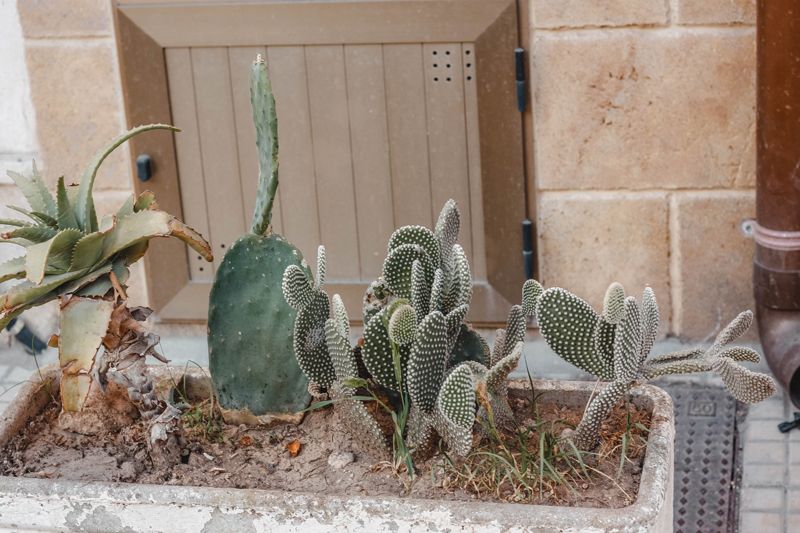 After walking around the streets for a bit, we decided to just grab a quick slice of pizza and a water bottle (or 4). We were definitely not prepared for our earlier hike in the heat and only had a small amount of water with us at the beach which left us extremely dehydrated.

We only grabbed a small snack in Marzamemi because Mike wanted to save our appetite for the giant home-cooked Sicilian meal that was waiting for us at our host’s house. Let me tell you, I have never eaten so much food in my life than the times when I’ve visited Sicily. 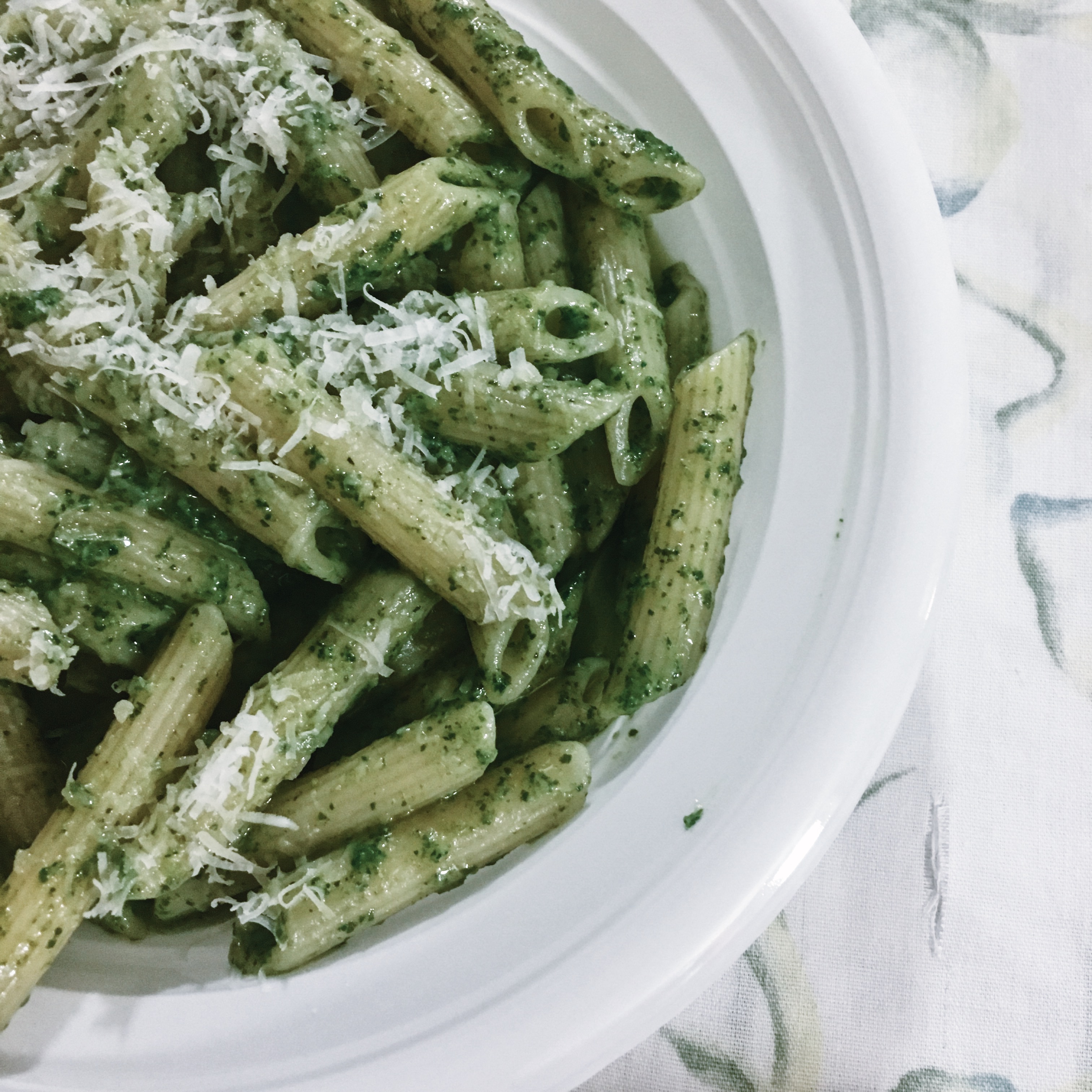 And since lunch is usually their biggest meal, this happens twice a day. It’s unreal! But, if you don’t feel like you’ve gained 5 lbs just by reading this, click here to read my Top 10 foods to eat while in Sicily (FYI – the list includes cannolis)! 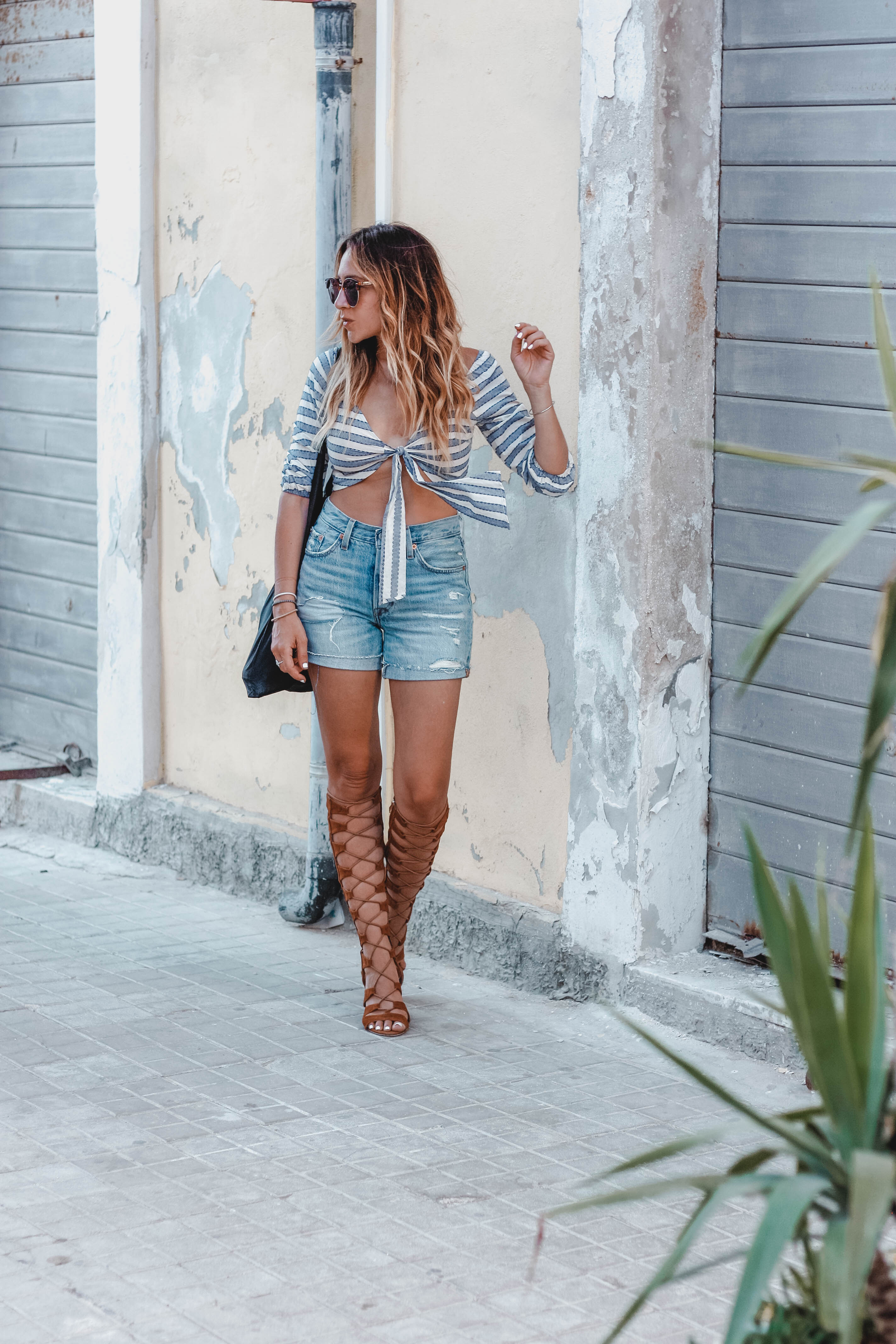 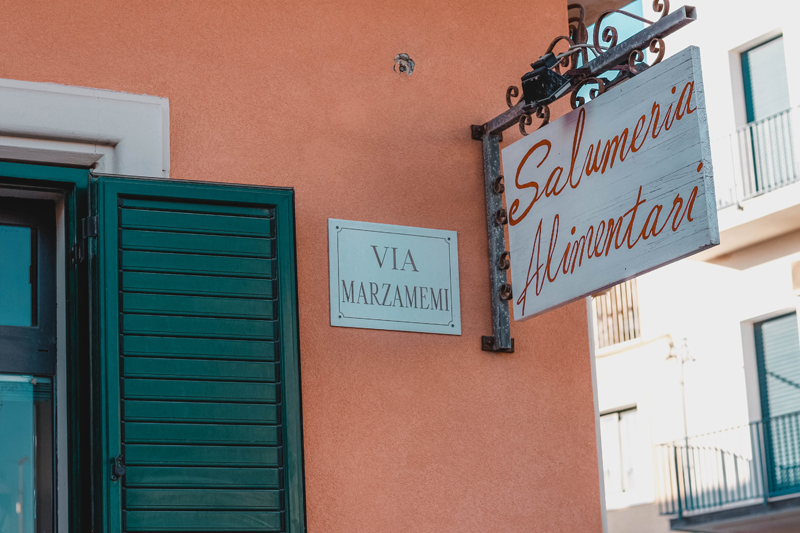 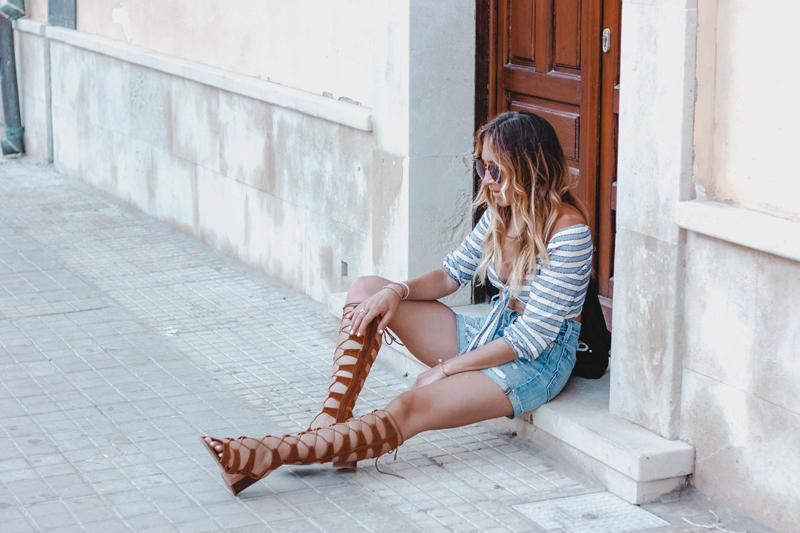 So, have you ever gone on vacation and discovered a hidden place away from all the tourist distractions? I’d love to hear your stories in the comments below!

And, if you enjoyed this post and don’t want to miss out on the rest of my Sicily content coming soon, you should probably think about subscribing to the Quartz & Leisure newsletter. I promise I won’t bombard you with countless daily emails (only about 1 or 2x a month). 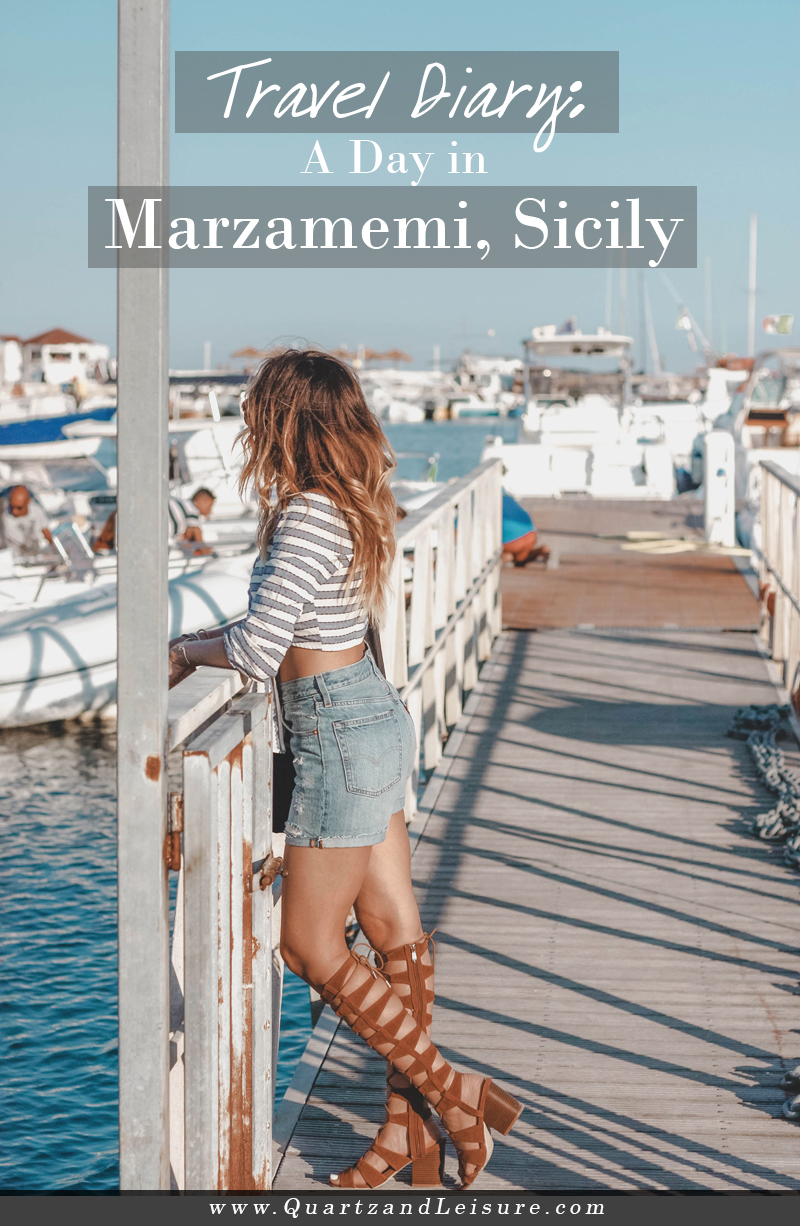 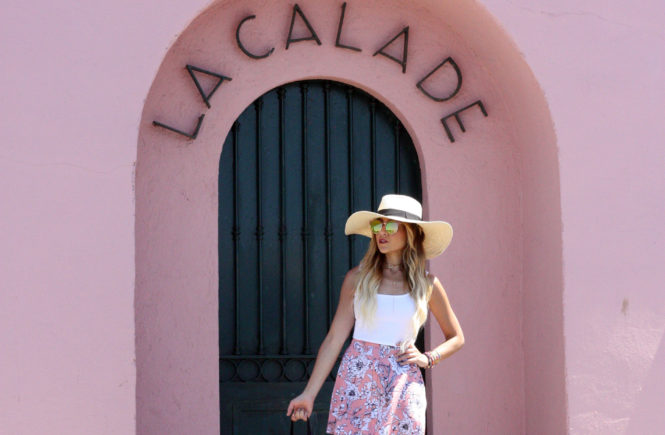 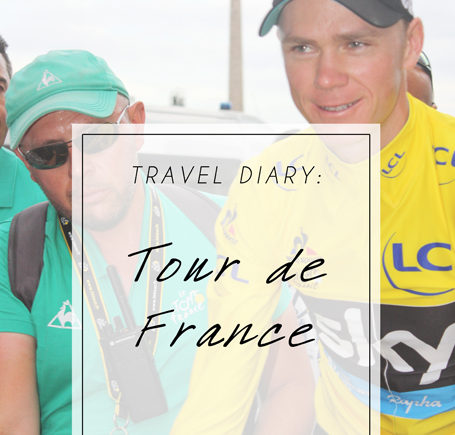 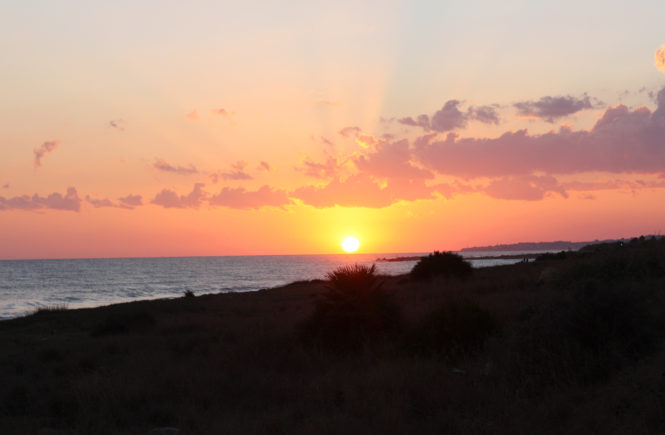 Cozy winter fits >>> added this entire look to my

Black on black, yes or no? 🖤 Linked full outfit

Here are some of my fave looks from 2022. Which on

Is anyone else totally annoyed they missed the @go

I’m all about the checkerboard print this season

Is last minute holiday shopping on the agenda for